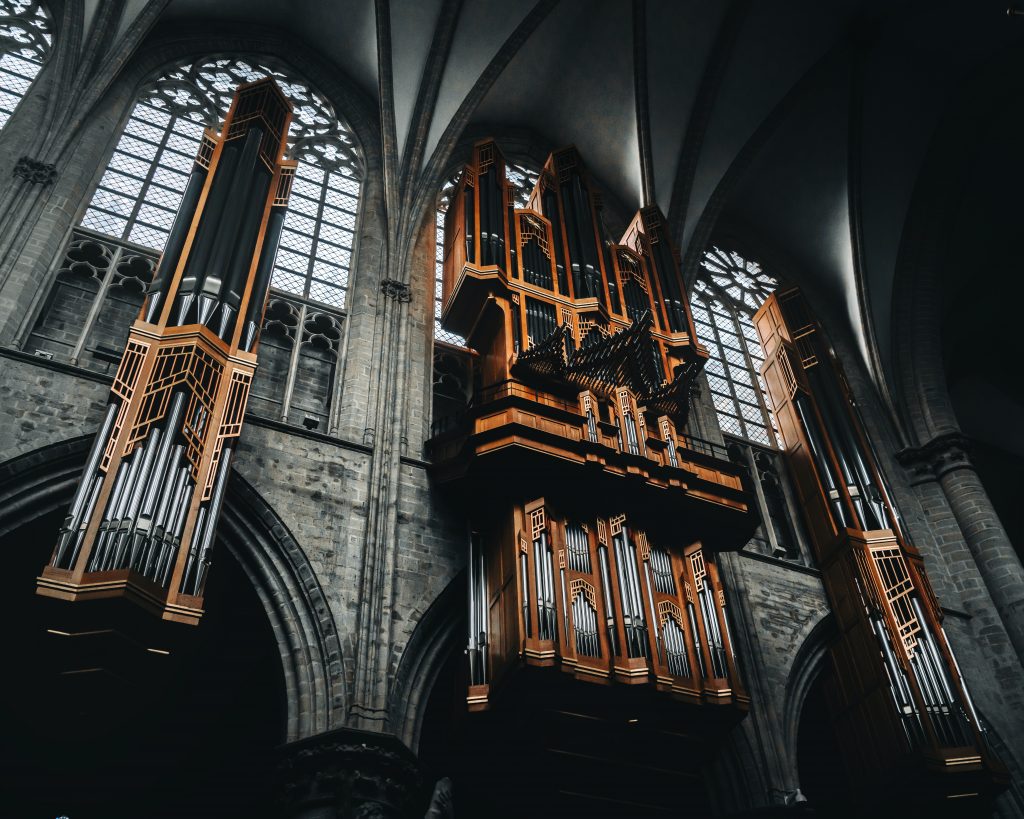 Music within the context of the Mass has a singular purpose, which is to assist the faithful to pray the Mass, and to give honor and glory to God. Therefore, liturgical music must be handcrafted to serve this purpose. Sacred music is either prayer itself, such as during the Asperges, Gloria, Credo, Sanctus or Agnus Dei, or it complements what is happening on the altar in order to enhance the listener’s understanding of the realities which can be seen or unseen, such as the Tantum Ergo or O Salutaris Hostia during Benediction of the Blessed Sacrament.

St. Thomas Aquinas was very aware of the power of music to penetrate deeply into the human body, mind and soul, and to manipulate the passions and the intellect, depending on the manner, style and intention of the artist.  As is the style of the Summa Theologica, he first plays the devil’s advocate by citing the warning of Jerome to avoid performances in church:

“Jerome in his commentary on Eph. 5:19, “Singing and making melody in your hearts to the Lord,” says: “Listen, young men whose duty it is to recite the office in church: God is to be sung not with the voice but with the heart. Nor should you, like play-actors, ease your throat and jaws with medicaments, and make the church resound with theatrical measures and airs.”

Then the doctor explains:

“Jerome does not absolutely condemn singing, but reproves those who sing theatrically in church not in order to arouse devotion, but in order to show off, or to provoke pleasure. Hence Augustine says (Confess. x, 33): “When it befalls me to be more moved by the voice than by the words sung, I confess to have sinned penally, and then had rather not hear the singer.”

Then he offers in his reply a recommendation for the appropriate use of song:

“The praise of the voice is necessary in order to arouse man’s devotion towards God. Wherefore whatever is useful in conducing to this result is becomingly adopted in the divine praises. Now it is evident that the human soul is moved in various ways according to various melodies of sound, as the Philosopher state (Polit. viii, 5), and also Boethius (De Musica, prologue). Hence the use of music in the divine praises is a salutary institution, that the souls of the faint-hearted may be the more incited to devotion. Wherefore Augustine say (Confess. x, 33): “I am inclined to approve of the usage of singing in the church, that so by the delight of the ears the faint-hearted may rise to the feeling of devotion”: and he says of himself (Confess. ix, 6): “I wept in Thy hymns and canticles, touched to the quick by the voices of Thy sweet-attuned Church.”

“The soul is distracted from that which is sung by a chant that is employed for the purpose of giving pleasure. But if the singer chant for the sake of devotion, he pays more attention to what he says, both because he lingers more thereon, and because, as Augustine remarks (Confess. x, 33), “each affection of our spirit, according to its variety, has its own appropriate measure in the voice, and singing, by some hidden correspondence wherewith it is stirred.” The same applies to the hearers, for even if some of them understand not what is sung, yet they understand why it is sung, namely, for God’s glory: and this is enough to arouse their devotion.

It is notable to consider how delicate this balance is, and the importance of the choirmaster’s duty to conduct the choir in a manner fitting for the celebration of Mass.

St. Michael the Archangel, Pray for Us!